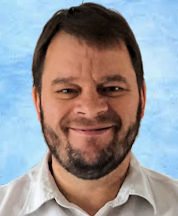 In August, 2015 Our Lady of Victory parish welcomed Fr. Jon Hansen, C.Ss.R. as their new pastor.

Fr. Jon was born in Edmonton, AB in 1967. His family moved to Grande Prairie, AB a few years later and it was there that Jon grew up. Third of four children Jon is the oldest boy and has two big sisters and a younger brother.

Jon came to know the Redemptorists in Grande Prairie as they took care of the only Catholic parish in town. As the Redemptorists were always friends of the Hansen family it was not a stretch that Jon would eventually become one of their family.

Jon tried many educational avenues as a young man from aspiring to medicine to eventually becoming a construction contractor. Eventually though, it was the call to Religious Life with the Redemptorists that won his heart. Community, Mission, Christ were three things that Jon thought he could put his life behind.

Since being ordained in 2004 Fr. Jon has been involved in parish ministry in; Sudbury, ON, St. John’s, NL, Toronto, ON where he was responsible for the Out of the Cold Program, a ministry of outreach to the homeless community of downtown Toronto. Most recently Fr. Jon has spent 6 years as pastor of the small, inner-city parish of St. Mary in Saskatoon, SK.

In his ministry Jon finds particularly rewarding the opportunity to preach the word of God and to be able to rub shoulders with people who are on the margins. He has long had a desire to work and live in northern Canada and finds that it is a wonderful place to do both of those things in the midst of a supportive, active faith community.

Fr. Jon relies on the council of many parishioners who are generous with their time and talents. Parish Council meetings are announced in the bulletin well in advance and all parishioners are welcome to participate in the discussions.