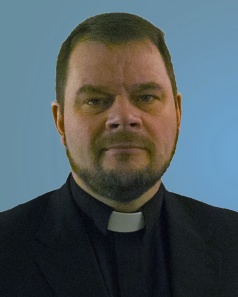 (CCCB – Ottawa)… His Holiness Pope Francis today named Father Jon Hansen, C.Ss.R., Bishop of the Diocese of Mackenzie-Fort Smith. At the time of his appointment, he was pastor of Our Lady of Victory parish in Inuvik, Northwest Territories. Bishop-elect Hansen succeeds the Most Reverend Mark A. Hagemoen who was appointed Bishop of Saskatoon on 12 September 2017. Since then Bishop Hagemoen has also served as Apostolic Administrator of Mackenzie-Fort Smith.

Bishop-elect Jon Hansen was born in 1967 in Edmonton and raised in Grande Prairie, Alberta. After high school he attended the Northern Alberta Institute of Technology and completed a diploma in building construction engineering. Returning for further studies, he completed a Bachelor of Arts at the University of Alberta. At the same time, he joined the Congregation of the Most Holy Redeemer (the Redemptorists), professing religious vows in 1998. He then studied at the University of St. Michael’s College, Toronto, where he graduated with a Master’s of Divinity in 2003. After a diaconal appointment in Sudbury in 2004, he was ordained to the priesthood in Grande Prairie by the Most Reverend Arthé Guimond, then Archbishop of Grouard-McLennan.

Subsequently, Bishop-elect Hansen served as associate pastor in Redemptorist parishes in St. John’s, Newfoundland and Labrador, and in Toronto, where he was the director of “Out of the Cold”, a program that provides food and shelter to the homeless in the inner city. In 2007 he became the Director of Formation for Redemptorist students. In 2009 he was appointed pastor of St. Mary’s parish in Saskatoon and was there six years, during which time he served on the Truth and Reconciliation Commission of the Diocese of Saskatoon and the Bishop’s Council of Priests, as well as working closely with the Diocesan Office of Migration and the Diocesan Office of Justice and Peace. In 2015 he was appointed pastor of Our Lady of Victory parish in Inuvik with responsibility also for the missions of Tsiigehtchic, Tuktoyaktuk and Paulatuk, all located in the Diocese of Mackenzie-Fort Smith.

According to the CCCB 2017 Directory, the Diocese of Mackenzie-Fort Smith has 32 parishes and missions, with a Catholic population of 20,110 served by three diocesan priests, four priests who are members of institutes of consecrated life, five religious Sisters who are members of religious institutes, as well as 18 lay pastoral workers.